National Youth Day is celebrated in India on 12 January on the birthday of Swami Vivekananda. In 1984, the Government of India declared and decided to observe the birthday of Swami Vivekananda (12 January, according to the English calendar) as a National Youth Day every year from 1985 onwards. To quote from the Government of India’s communication, ‘it was felt that the philosophy of Swamiji and the ideals for which he lived and worked could be a great source of inspiration for the Indian Youth.

The celebration of the day was conducted in the Tharagampatti high school at Kadavur block of Karur district, with speech competition, recitation competition and competitions in essay-writing for the children, on 12 January.

In India, Children’s Day is celebrated on November 14 every year. This date marks the birth anniversary of independent India’s first Prime Minister, Pundit Jawaharlal Nehru. Children’s day is celebrated on this day in recognition of his lifelong fondness and work for children. He always regarded all children with affection and love, and was well known for being likeable to children. Children also loved him very much and called him “Chacha Nehru” (“Chacha” meaning younger brother of father).

In collaboration with Nehru Yuva Kendra, children’s day was conducted  and prizes were distributed to the eminent and outstanding children.

Tackling the global burden of chronic non-communicable disease, which includes cardiovascular disease, cancers, diabetes, and chronic respiratory disease, is one of the major challenges facing the 21st century. They cause more than 60% of all deaths globally; killing 35 million people annually. Not only are they the leading cause of death and disability worldwide, but there is an alarming increase in mortality rates in low- and middle-income countries where 80% of deaths occur. The main risk factors being: physical inactivity, obesity and tobacco use.

On 4th Feb  World Cancer day is observed with a campaigns at different places like Naganaeri block at Thirunelveli district and Kadavur block of Karur district to create awareness on the hazardous affect of tobacco usage.

World Tuberculosis Day, falling on March 24 each year, is designed to build public awareness that tuberculosis today remains an epidemic in much of the world, causing the deaths of about 1.6 million people each year. In 1996, the World Health Organization (WHO) joined with the IUATLD and a wide range of other concerned organizations to increase the impact of World TB Day.

FAMOUS ENGLISH poet William Wordsworth once said, “The Child is the father of the Man.” With the time, the quote lost its significance and now hardly anyone cares about the saying of Wordsworth. Gruesome fact is that today the wealth of parents decide the fortune of the children whether they will enjoy the luxurious amenities or work from the childhood to earn bread. Nowadays children have been used for domestic  work, mining, agriculture and other hard works. Besides, millions of children work for long hours in factories, mostly in dangerous conditions. These children are unaware about the liberty of childhood and suffer from the cruel trend generated by civilized society.

For those unlucky children living in misery, the International Labour Organisation (ILO) has declared June 12 as World Day Against Child Labour, which is observed across the world. Sadly the day is not popular as Valentine Day, Friendship Day or other celebrated day, but the concerned people across the world give importance to this day and observe with great enthusiasm. We work at our best to spread awareness among common people related to child labour on that day.

World AIDS Day, observed on December 1st each year, is dedicated to raising awareness of the AIDS pandemic caused by the spread of HIV infection. It is common to hold memorials to honor persons who have died from HIV/AIDS on this day. 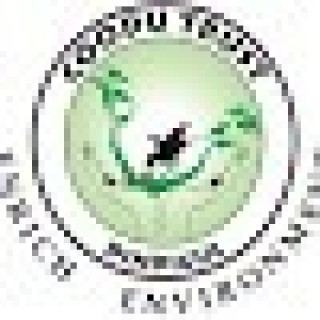